1. Joan of Arc Had Many Names

Prior to her first trial, Joan of Arc noted her name as “Jehanne la Pucelle” meaning Joan the maid, claiming she did not know her last name.

In her hometown of Domrémy, northeastern France, she was known as Jehanette. There are also records of Jehanne d’Arc, Jehanne Tarc, Jehanne Romée and possibly Jehanne de Vouthon.

It is thought that Arc was simply an adaption of her best guess of what her father’s last name might have been: d’Arc. 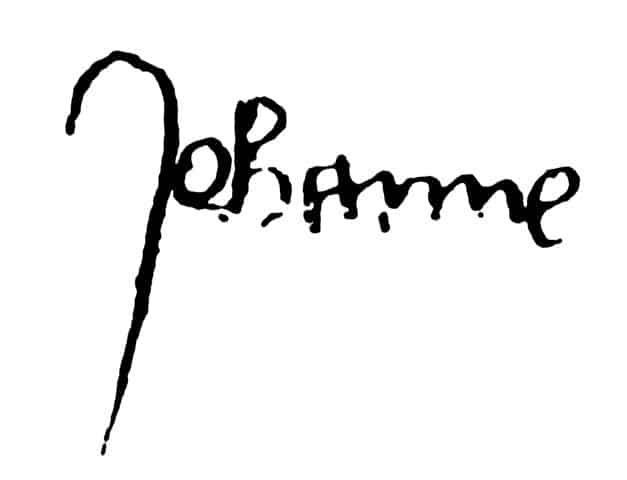 2. She Has Been Diagnosed With Many Disorders by Today’s Doctors

Because Joan claimed to have been delivered information directly from the archangels, there are many people today who attempt to further understand and diagnose what could have been going on in her brain.

Some believe it to have been neurological imbalance that began as a child, which would eventually result in schizophrenia or bipolar. Others speculate that she could have contracted bovine tuberculosis as a young girl which would cause episodes of dementia later in life.

None suspect Joan was really in communication with the archangels, but there is a large esoteric community who do believe in her ability to receive information from other realms. Most of it is supported by the notion that everything Joan was told would happen, did. She clearly had some sort of outer worldly abilities. 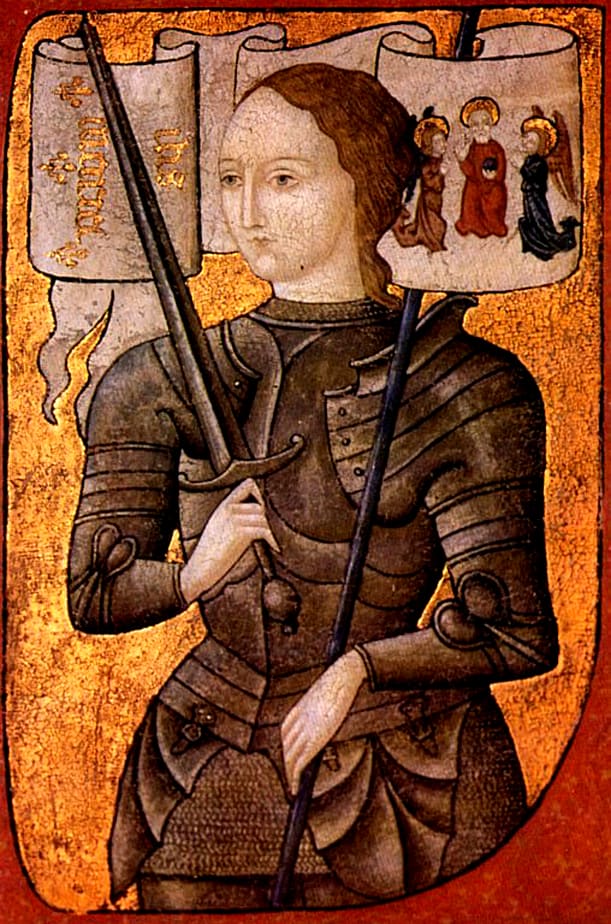 3. She Wasn’t From Anywhere Called Arc

As mentioned, this was merely her way of guessing her own fathers last name. She was in fact from Domrémy, a small village in the northeast.

Today this village in France is called Domrémy-la-Pucelle. It was renamed as an ode to Joan; a Pucelle d’Orléans had been her nickname.

4. She Was the First Woman to Create the “Bob” Haircut

The same voices that told her to don men’s clothing in order to go into battle, also told Joan to wear her hair quite short. She cut it haphazardly into a bob, and it remained in this style until her captors shaved her head shortly before she was executed.

It was later in 1909 when Paris’ most sought after hairstylist, Monsieur Antoine, used Joan of Arc as his inspiration to begin cutting women’s hair into the bob style.

If you follow French fashion trends, you’ll know that the bob is regularly associated to the classic image of a Parisian woman, usually in conjunction with a beret of sorts.

Joan was very much at the forefront of all of the battles, but this was more metaphorically than physically. She created strategies, manned troops and offered solutions, but she never actually engaged in active warfare herself.

She would accompany the troops into battle, but held a banner instead of a weapon. She did, however, sustain two serious injuries on separate instances. One was an arrow to the shoulder and another was a crossbow to the thigh.

6. Contrary to Popular Belief, it was not Witchcraft She was Burned at the Stake For

When Joan was first captured by the English, they charged her with over 70 counts of crime including horse theft and what they called “sorcery”. But over the next few months these were reduced to just 12, and looked as though they would be further lowered.

Amongst these 12 was the unspeakable offense of a woman wearing men’s clothing, as well as talking to archangels.

It is said that one evening the judges visited her in captivity and she had put her male wardrobe back on, and was also claiming the voices were back.

They dubbed her a “relapsed heretic” and for this she was burnt at the stake. 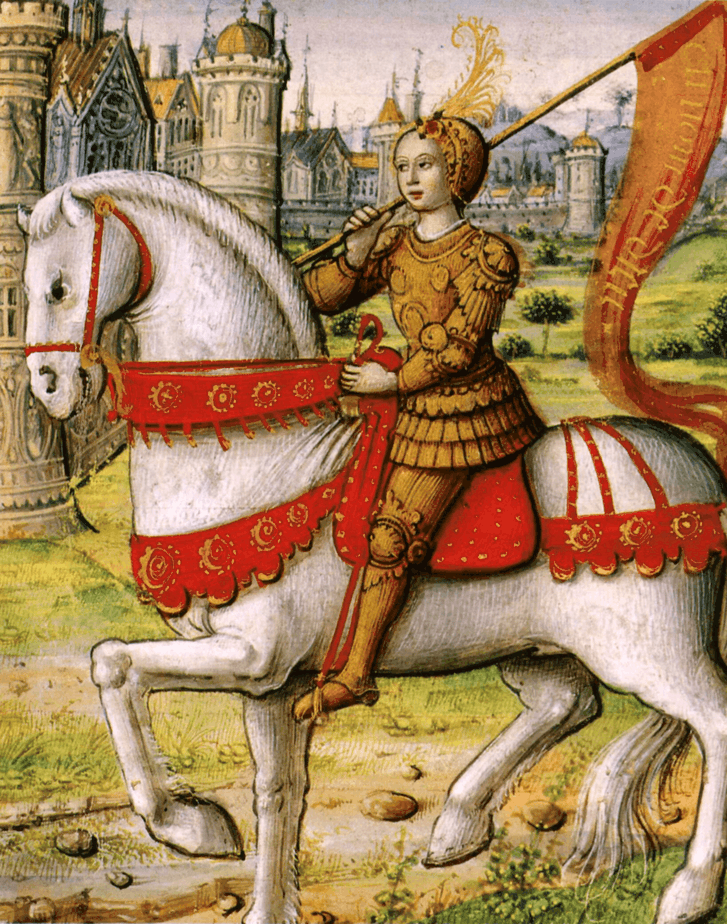 7. Her Burnt Body Was Put on Display

Burning a body takes a lot longer than many of us are probably aware, and after the first round of flames, Joans body was pulled from the coals and put on display. The intent of this was to show any skeptics that she absolutely did not escape, and was indeed burnt.

Her body was then put back into the flames until it had completely disintegrated.

In attempt to convince the world that Joan had indeed escaped her captors, and the English had not won, her brothers passed off several imposters as her for a number of years.

The family received lavish gifts from the people of Orléans. 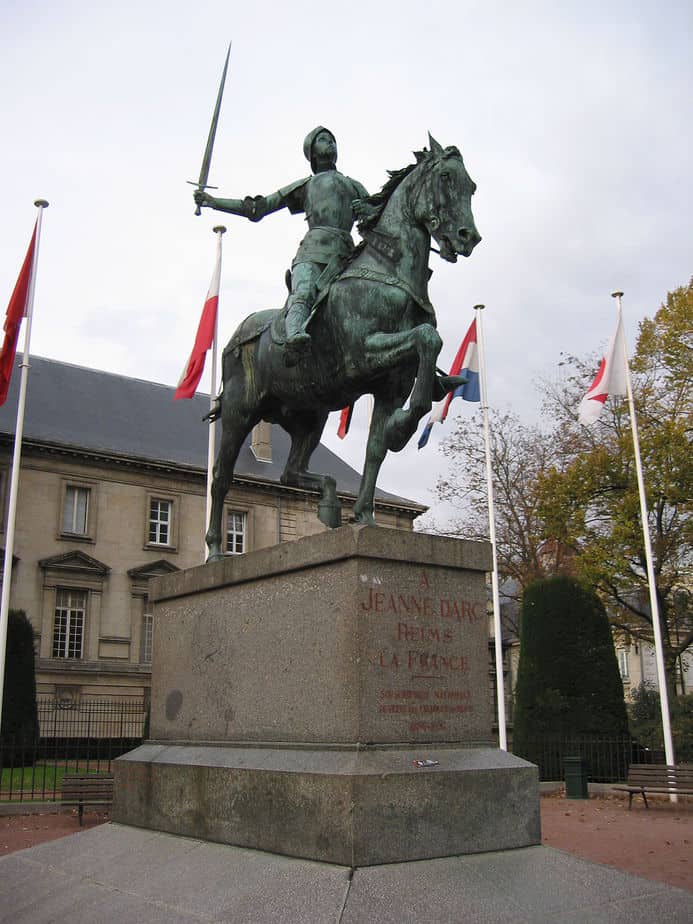 9. Her Ashes Were Thrown Into the Seine

Tracing history back, it would seem that the remains of Joan at the stake were gathered together and the scattered into the Seine.

There are tales to this day of her spirit still moving with the water, all through the city for the rest of time.

10. It is Thought That Her Dressing Like a Man Helped Her Avoid Rape 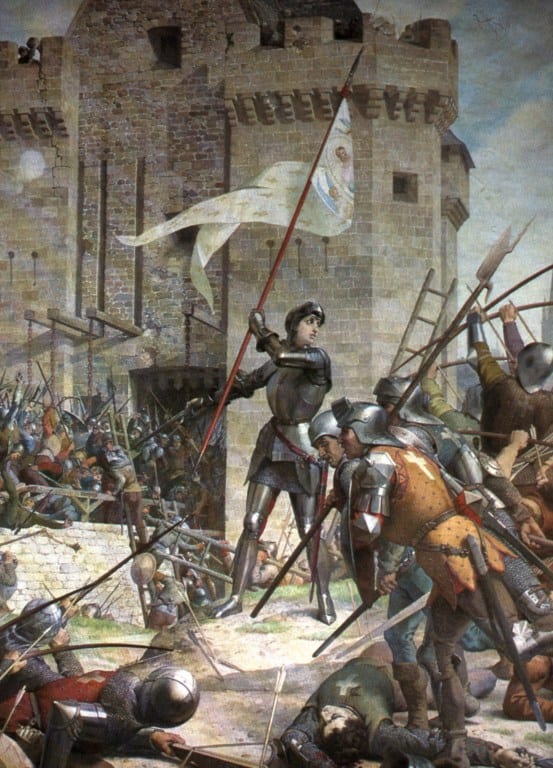 When Joan was captive and made the decision one day to put her male wardrobe back on it is thought that it was threats of rape by her guards that made her do so.

The male clothing was a deterrent, and could have helped to make her undesirable to the guards.

Hi.My name is Elis.I am 12 y./o. and studying at the best school from the 2017.Photographer and a weird girl with abnormal ideas in my mind.And….just one more fact about me.I am the biggest lover of movies and cartoons. 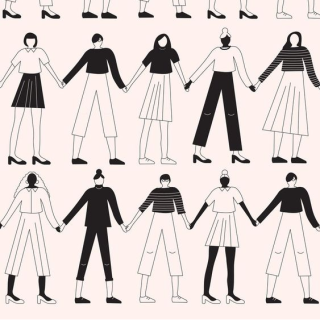